Today’s global markets, increased regulation, and operational challenges demand that you have the right partners to help advise you on current issues and prepare you for what’s on the horizon. The business climate is ever evolving.

If you’re looking for an accountant, auditor or tax professional that brings a proactive and collaborative approach, let’s talk.

Whether your goals are to save taxes, preserve wealth, mitigate risk, enhance profitability, achieve compliance, or realize growth potential, work with us and experience the power of collaboration. You can be assured that you have a proactive, professional team that is focused on navigating success as your partner.

At Nichols, we take seriously the responsibility of your legacy. As your trusted partner, we’ll make certain you have the tools to build a foundation for wealth, while minimizing your taxes and managing risk. For forty years we’ve been doing just that – navigating success and building legacies.

To glorify God by using our knowledge, skills and talents to develop our employees to be leaders assisting the business community in growing healthy, strong organizations.

The Firm was founded in January of 1974 by Pete Nichols, in Ontario, Oregon. Doug Lamm joined Pete in 1981, and the two of them incorporated the business in 1989 as The Nichols Accounting Group, P.C. A second office was opened in the Legends Building, in Nampa, in February of 2003 to better serve our clients in the Boise and Nampa area, and to provide future growth in the expanding Treasure Valley market. In 2016, Bob Kemble was named CEO of the Firm.

The Firm has grown and is the home to several permanent employees with seasonal employees added as needed. Firm shareholders are Doug Lamm, Robert Kemble, and Trevor Gunstream.

With more than 40 years of serving the community, we look back and are grateful for the people who have crossed our paths, both as clients and employees. We are thankful to operate in both Oregon and Idaho, where we believe the beauty of the landscape is only surpassed by that of its people.

As we prepare for the future, we’ll continue to focus on proactive planning strategies and services that will help our clients save taxes and grow wealth. We cherish our existing client friendships and look forward to building new ones along the journey.

Each year, Nichols staff give back by volunteering in our community. 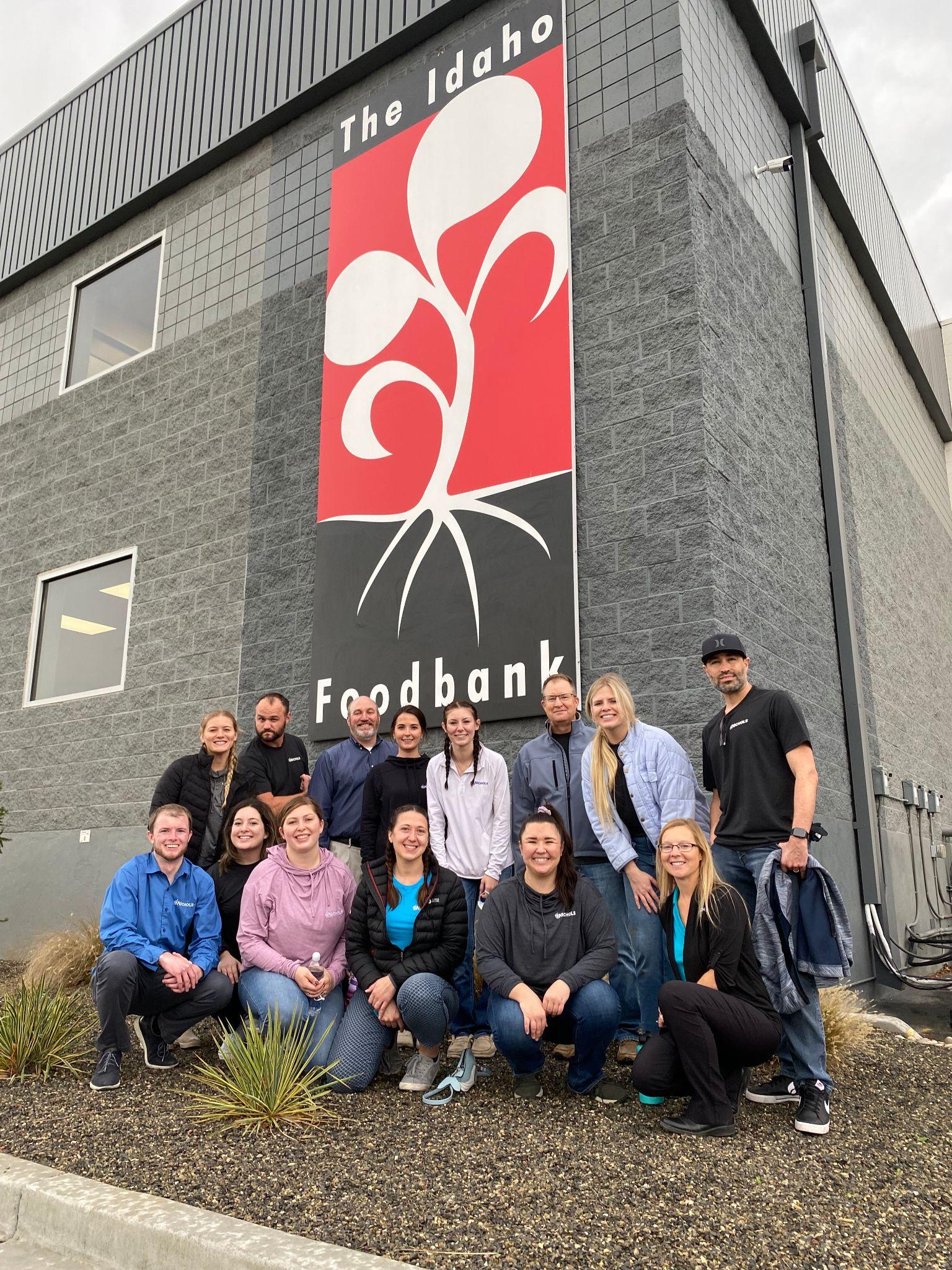 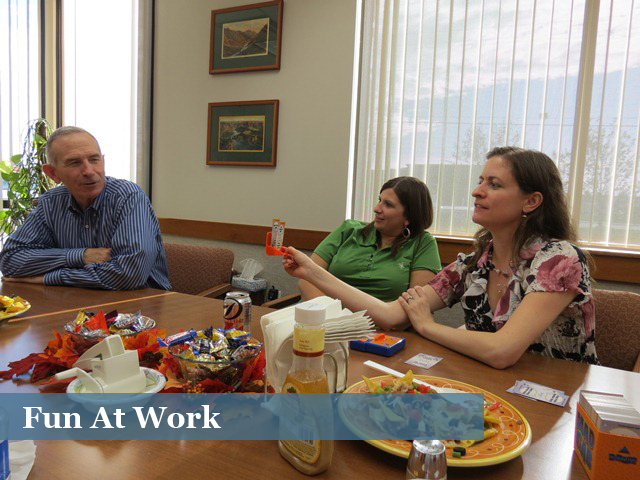 Pete, Nichole and Tawnya, having team lunch and taking a few minutes to play a round of “Mad Gab”. The only word they couldn’t solve was “Internal Revenue Service”! 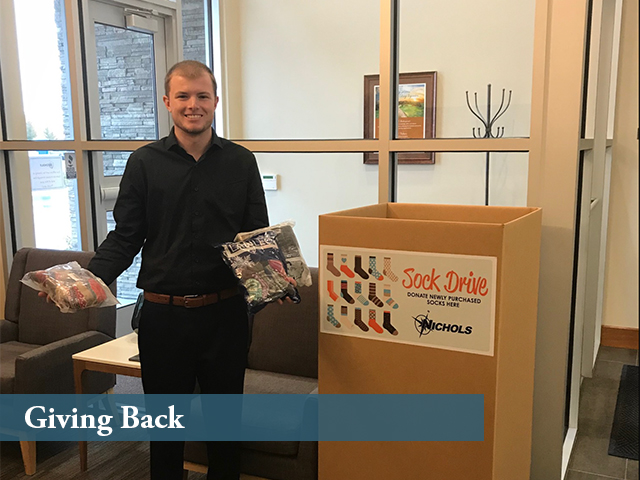 Our team values time to give back – we volunteer, donate food and clothes, provide Christmas gifts for families in need, and so much more! 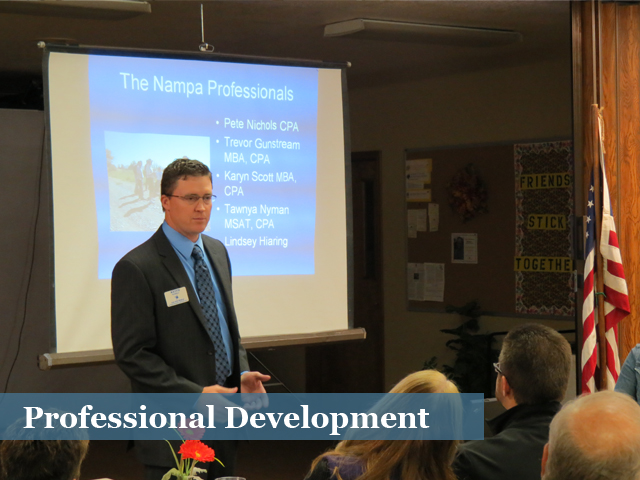 Keith Kemble presenting a tax update at the Middleton Chamber of Commerce. Our professionals are given many opportunities to expand their professional experience and opportunities. We frequently present to chambers, associations, and other forums regarding tax updates.